In my testing so far I have decided to throw this together as a valid scenario which could be a good solution, but obviously open to additional feedback and testing. And I know I am not the first to do this so please feel free to provide feedback. And I also look forward to discussing this with the Veeam engineers.

Thinking through the design of this I am seeing that I would potentially want to utilize NFS for my backup repositories attached to a linux vm using 10GB uplinks to my Nexenta NAS (or any other NAS appliance). I personally like the idea of going this route versus any windows server(s) having potentially 100+TB of storage hanging off of it even if it is a Windows 2012 server with all of its newness. And I would never want to rely on Windows NFS client for anything of this magnitude. Obviously my goal is to not have to build a physical server and attach storage to it just for this when I am trying to leverage virtualization. This is not to say that is a bad idea for anyone, but it doesn’t make sense to me. And to be clear I have equal levels of knowledge on Windows and Linux just in case you are wondering that.

I am not going through the setup of Veeam in this post, but assuming that you know how to do the basics and then adding another backup repository which is on a linux vm. For my testing I enabled root on a Ubuntu 12.04 vm. Adding a Linux repository requires ssh access to the server, so make sure the openssh-server package is installed.

enable root with the following command.

Create the folder on the Nexenta appliance and enable NFS.

Set the settings for the folder as the screenshots below with changes made with the highlighted settings.

Set the NFS settings on Nexenta as the following screenshot.

Do the following on your Linux vm

Modify /etc/fstab to add the mount point on boot

Now you will need to add the Linux server to the backup repository from the Veeam server console.

Follow the screenshots below to add your new Linux backup repository. 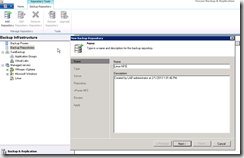 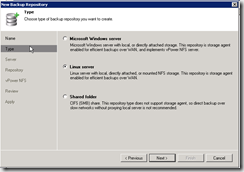 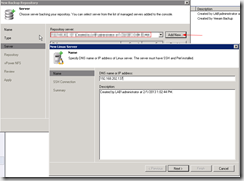 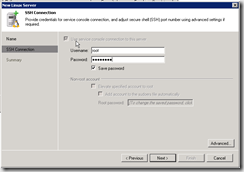 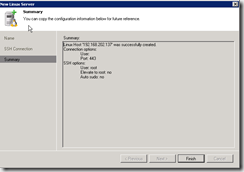 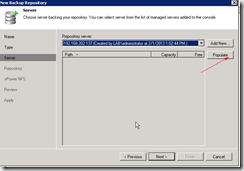 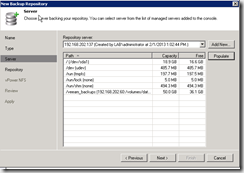 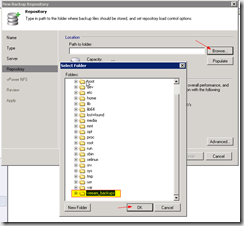 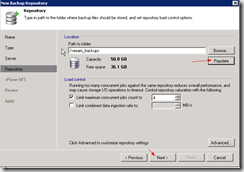 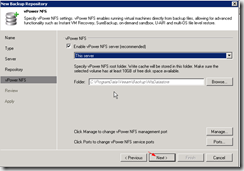 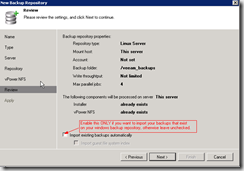 That’s it now enjoy your Veeam NFS repository. Feel free to leave feedback or any questions. I welcome all comments.