I have recently had several different HP BL490 G6 and G7 servers having PSOD (purple screen of death) running ESXi 5.1. I was able to capture a screenshot this time and apparently this issue does not apply to these models, but I am seeing it for sure. Will be opening a ticket with HP and VMware. I will be updating this post with what I find out. 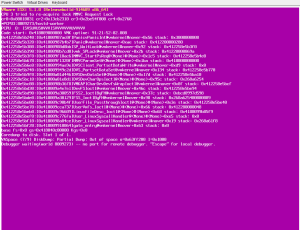 04/12/2013 - After running the firmware for 2 days now I wanted to see how things were with the new firmware. I placed one of the BL 490 G7 servers into maintenance mode and then initiated a reboot and here is what I got again! 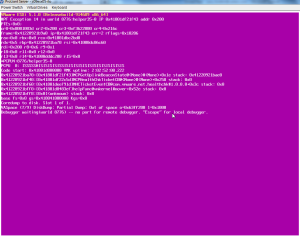 Posts that I have found related to this last PSOD.

Need to create persistent scratch location because all of my hosts in 5.1 boot from USB thumbdrives. Go here on how to do that.

VMware support is currently going through the logs that I sent them to try and identify the issue. I will update again once I hear back from them!

VMware support has finished their review of the support logs and they feel this PSOD is caused by having beacon probing enabled on the distributed vSwitch configurations. They are aware of this issue and a fix is coming soon. I will be disabling beacon probing in the next week and see if the issue is resolved. I have been using beacon probing for years because of the issue with smartlink on HP virtual connect (Flex-10).

It looks like the PSOD issue is solved for now. ESXi 5.1U1 fixes the issue with PSOD with beacon probing enabled for network teaming. I am currently updating all hosts to the latest and the initial testing seems to be successful. ESXi 5.1U1 was released on 04/25/2013.